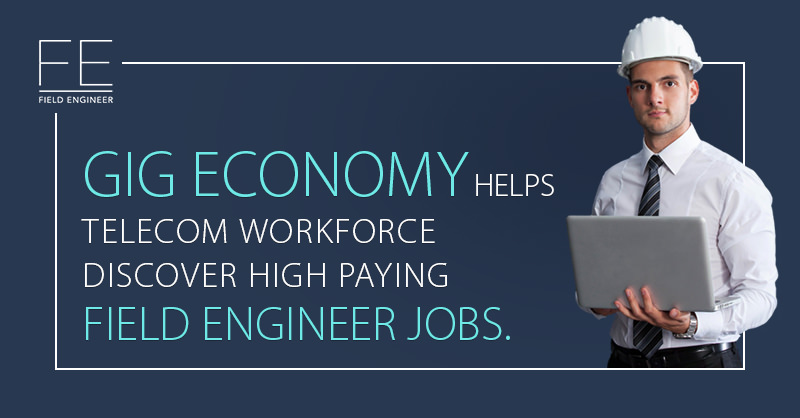 What is the field engineer gig economy? Literally, it is “the economy of small jobs,” or how the Internet is revolutionizing the labor market. When we speak of this economy, also known as the experience economy, the examples are many: everyone knows the stories of the creation of companies like Airbnb and Uber. You don’t need to be a multi-national to sell products and services to any part of the globe. This economy favors entrepreneurship and peer to peer services.
This is similar to the kind of stuff you used to do as a summer student to try to improve your daily life for the rest of the academic year, hoping that one day you’ll find a real job with a fixed monthly salary that allows you to pay the rent, buy food and some well-deserved holidays. The English word “gig” was, until a few years ago, primarily used for musicians.

For the people saying, “it will never work,” it rather presages a nightmarish world in which workers are transformed into job hunters, ready to do anything to acquire their small share of work. For optimists, this represents an unlimited future for innovation and entrepreneurship.

This new economy, which appeared a few years ago in the United States, has become so important that it has entered the speeches of the candidates for the White House. But today, this field engineer economy is much more than a new channel of connection for freelance work. The experience economy generates a multitude of new economic activities.

If we jump back and analyze the economy in the eighteenth century, as Adam Smith does in his book “Research on the Nature and Causes of the Wealth of Nations”, we realize that much of this trade was between individuals. The digital revolution is largely responsible for this return to peer to peer.

This aspect is supported by the social networks on the one hand. It is necessary to take care of one’s e-reputation, and by the applications themselves which guarantee the service. It remains crucial to deal with the question of trust. Otherwise, who would go on a ride with a perfect unknown, who would rent his apartment to a group of people living thousands of miles away?

Fieldengineer.com is an app powered freelance employment marketplace for telecom field engineers that has enabled telecom field engineers to accomplish more than 4,500 projects from forty-five assorted clients from the time when it was unveiled in April 2017. It is possible to take care of your family or your leisure at some point of the day and then turn into an entrepreneur the next hour.

The specter of social inequality is becoming even more sneaky with the risk of meeting tomorrow with a society divided into two parts: the vast majority offering on-demand services to a handful of privileged people. But you have to be careful that this does not have this effect.
‍

Are we on the verge of a revolution in the market economy? Almost everyone, with a little talent, can become a hotelier, a craftsman, a driver. It seems indeed that we are in the process of inventing a new institutional form, a hybrid, based on a market model on one hand and on the other hand a 1 to 1 relationship.

In many countries, governments have hastened to pass laws, to amend regulations to try to adapt to this revolution, but also to temporize these developments, which are in direct opposition to institutional enterprises. It is up to each one to tell his anecdote on the subject.

If one believes the current conversations around the coffee machine, it seems that this is a real subject of the present society. Or, more simply, the absence of a framework and other rules makes it complicated to collect reliable data.

Fieldengineer.com is the most convenient location for field engineers to secure exceptional employment opportunities as well as get in touch with employers. Register and download the App today for fieldengineer.com, as it happens to be totally free of any charges.
‍


Back to blog

Business Adaptation Is Necessary for Growth

Get Started as an Engineer

Get Started as a Customer